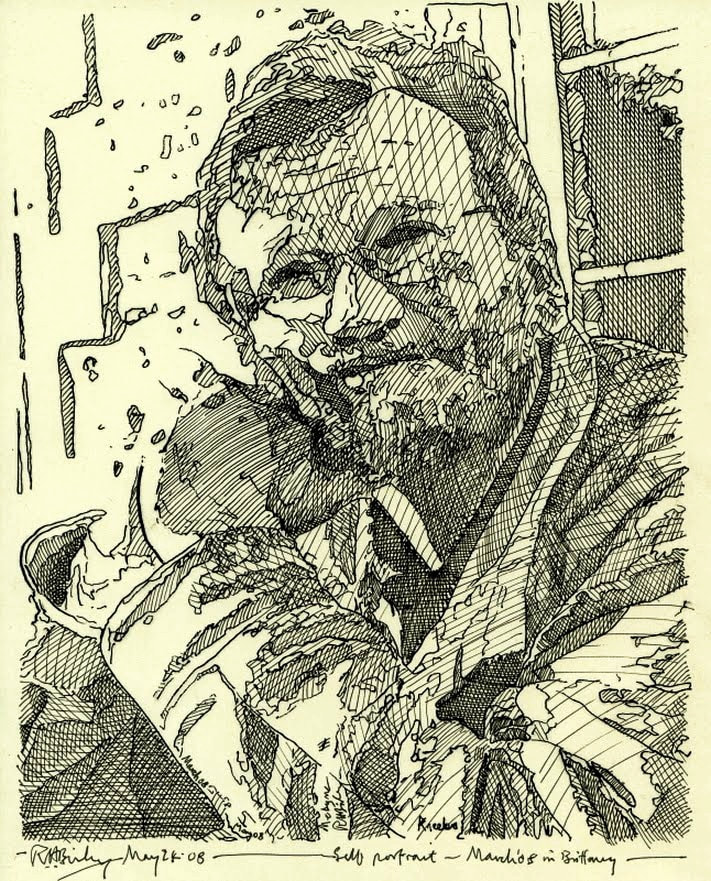 I am married, and live and work in west Dorset, which, along with Sussex [childhood], Wiltshire and Pembrokeshire helps to shape the person I am. We have three daughters, two of whom are married and live in Dorset. Our middle daughter lives in London. Our son, our eldest, died in July 2018 of cancer. The weight of sorrow, the helplessness of loss, these are indescribably acute and inhabit entirely my consciousness. His absence leaves an enormous emptiness within my family. He married his partner six days before he died, and his widow is very much part of the family.

As well as our two sons-in-law we have three grandchildren who I see pretty often, and who fill our lives with joy.

From University [I studied for a B.Mus] I went straight into teaching at a prep school in Eastbourne, and realised immediately that I wanted to work in the maintained sector. The following year I went to Queens', Cambridge to gain my Cert. Ed. - having a gloriously undemanding year as a post-grad, singing in the Chapel Choir under Stephen Armstrong (evensong twice a week, occasional concerts & other services), and participating in as much music making as possible. We produced an LP of Christmas music (at the height of a very warm summer!). I went to sung evensongs as often as I could. My first job as a qualified teacher was at St John's Comprehensive in Marlborough, and here it was that I bought my first house, in Blowhorn Street [Alexandra Terrace]. I spent three very active and fulfilled years in this job. Then, after an unhappy year teaching in Staffordshire, I settled in Oxford, as Head of Music in the Oxford Boys' High School in Glanville Road.

After three years in Oxford [and getting married] I started up a brand new Music Department at the newly created Weymouth College [on the split sites of the DIHE & the old SDTC]. This was a wonderful time for many years, until funding squeezes in the 90's destroyed the educational infrastructure of all FE, culminating in the mass staff exodus from 2002. I worked with fantastic people and helped create a working environment of great vibrant creativity, allowing generations of students - academic & vocational (we did not care at all for the distinction) - to thrive and grow into many wonderful musicians (classical, jazz, rock & pop) dotted around the country [the world even....] many of whom I still see from time to time. I have heard a few top performances of my music given by some of these folk - such a privilege.

All the time I have felt myself primarily to be a composer, a not-very-good conductor [especially of my own music], an aspiring but undeveloped artist and a not-very-good poet. Only in the last ten years or so, since the onset of Parkinson's Disease and working freelance at home, have I really found the large amount of time needed to develop this more creative side of my being. After the death of my 91 year old father in 2012 I lost most of my desire to write, and no longer have the driving energy that enabled me to as before, so I have been concentrating on 'tidying up' the electronic scores so that I can begin making hard copy scores - I am aware of the dangers of only having the 100 or so works on computer hard drives (although I have various external hard drives and tiny USB sticks). I find it very strange to hold in my hand a tiny USB 'stick', hardly bigger than a 2p coin, with my entire musical output.

In September 2018 there was a concert in the Ashton Barn (nestled beneath the southern slopes of Maiden Castle) given by kind invitation of Richard Hosford and Marieke Blankestijn with a further ten players. I worked very hard to produce a group of works both easy on the ear and diverse. This was one of those hopelessly rare opportunities to hear a few carefully selected works played by professional players. The ensemble played to a full house and the music was received enthusiastically.

Born in 1954 I came late to music when I changed direction [and A level choices] at the end of my first year in the sixth form. Being devoid of any practical technique I resolved to become a composer. I don't think I composed anything very worthwhile until I was in my 40's [although March Wind was my first half-decent composition and dates from University days] and not until I studied with Michael Zev Gordon & Michael Finnissy did my critical faculties allow me to better shape my musical ideas into half-decent works. I have a great deal of music I composed where the basic themes are OK but whose structures and development leave much to be desired. I used to make use of some of these ideas as starting points for fresh composition, but find it very difficult to hear the music except as it was first conceived. Most often now I write entirely new music and am allowing myself to destroy most of the old works - a cathartic process, if temporarily a little bit traumatic. The piano concerto is, for example, one of those works of which I had been so proud but whose weaknesses I now perceive. I cannot however bring myself to destroy it.... yet! I wrote a string quartet [performed by a quartet of BSO players, but not posted on this website] which was almost entirely based on student material, and worked after a fashion. But it feels a bit stale and compromised for me. I have recently reworked this into a Chamber Symphony, and it works much better. I have struggled for a few years to revise my violin concerto too, but have not managed to rid myself of the original sufficiently to mould a new work out of the old. I still hope that this will happen sometime, although I am composing less these days. Instead I am trying to collect together my existing works into definitive editions to print hard copies, being fearful of losing my work in the event of computer failure.

I was educated at Marlborough College, Aberystwyth University, Queens' College [Cambridge] & Southampton University [gaining my doctorate in February 2008]. With the benefit of hindsight I realise that there were so many opportunities I avoided, mostly through fear of failure. To write music means having a solid inner core of self belief, coupled with an uncompromising critical faculty and a technique that must be taken for granted. There also lurks much self-doubt, which surfaces frequently as a kind of paranoia, especially when faced with the apparent futility of composing for an audience of one (myself). It is a faith I hold fast to, as to abandon the whole thing now would be to admit a life-long failure. Anyway, the whole thing offers me an activity, outcomes, moments of great satisfaction, and the thrill of starting out on new works even as the old ones fade into mediocrity. This website offers a glimpse of some of my work. I hope the artificiality of it does not hinder too much its real nature; I wish for something less ephemeral, but until this is forthcoming this virtual space is all there is.

Things happen over which one can exercise control, but other things occur which come out of the blue and over which one most certainly has no control at all. In seemingly good health I suffered a bad shoulder dislocation whilst clambering up a cliff in Wales in the late 1990s. This was 'reduced' successfully and I apparently recovered; however within a couple of years I had dislocated it again, and again, until it turned into a 'recurrent' dislocation. Nearly every one needed hospital treatment; one or two were 'reduced' in situ by passing orthopedic surgeons.... some I 'reduced' myself. After two operations I had to accept that I had a weak joint. It was only a few years later when I was diagnosed with Parkinson's Disease that I realised that the problem with my right shoulder was a generic weakness which now extended to my other joints.

My entire right side is stiff and painful, so I no longer write easily with a pen, nor can I play the piano without difficulty. My vocal chords are weakened, so I do not sing any more. I draw and paint left-handed and refrain from writing, instead using voice dictation software. Without that and in particular without drugs and Sibelius software I would have given up all things literary as well as my composing. The large quantities of levadopa I take offers considerable help with all these problems, but in fits and starts only; its effectiveness is, unfortunately, starting to diminish, as my Parkinson's Disease progresses. I stopped teaching (piano) in July 2019.

I also have osteoarthritis, and underwent surgery in 2018 (September) to replace my left knee; my right knee was replaced in June 2019.

My belovèd dog Maverick died very suddenly of liver cancer while I was in hospital in September 2018 (with an infection). Just before Christmas we found locally a litter of working cocker spaniel puppies and chose a bitch who moved in at eight weeks old. We named her Mika. It transpired that she was born the day after Maverick died. Mika is full of energy and occupies much of my time. I do much less creative work now, as I am often incapacitated by stiffness and fatigue. I have plenty of ideas but am resigned to the certainty of inevitable decline. I am putting my creative house in order in case someone might one day be interested to listen to it. I am very grateful for my drugs & computer; without Sibelius software and voice dictation I would be lost.

I have enjoyed a full, happy life. Moving into the uncertainties of old age with deteriorating health certainly makes me anxious, especially in the social & political climate of austerity, Brexit, populism, the rise of intolerant nationalism in the face of a global human displacement problem of huge proportions due largely to wars & climate change. The world as I once knew it is changing, and an increasingly large number of ordinary folk will no longer be able to take for granted the assumptions of yesteryear. Our family is hit by cancers, the terrible sadness of our son’s death, and friends too have succumbed. But in the face of the gathering storm the power of friendships still endures, and for purpose I still turn to creative projects as and when my more severe symptoms permit. I am a lucky man: I have a wonderful family and many friends.
​
In 2017 I acquired the latest Sibelius software, and a new powerful computer which the ever-wonderful Jonathan Loving built and set up for me with the splendid EastWest Sound Libraries, and I am working to complete a few unfinished composition projects. These include a violin concerto, a symphony, the last of five symphonic poems which make up the mighty "Bishops and Clerks" set, and many smaller works. I also want to explore the string quintet medium further - that is the usual string quartet but with a double bass, offering a depth and resonance that gives a completely new dimension to the standard combination. I want, too, to write more choral music, both liturgical and secular.
In the meantime I am still reaching out to conductors the world over, especially of larger instrumental ensembles, in the hope that I might be able to listen to a performance or two of some of my orchestral music played to a high level of technical competence. 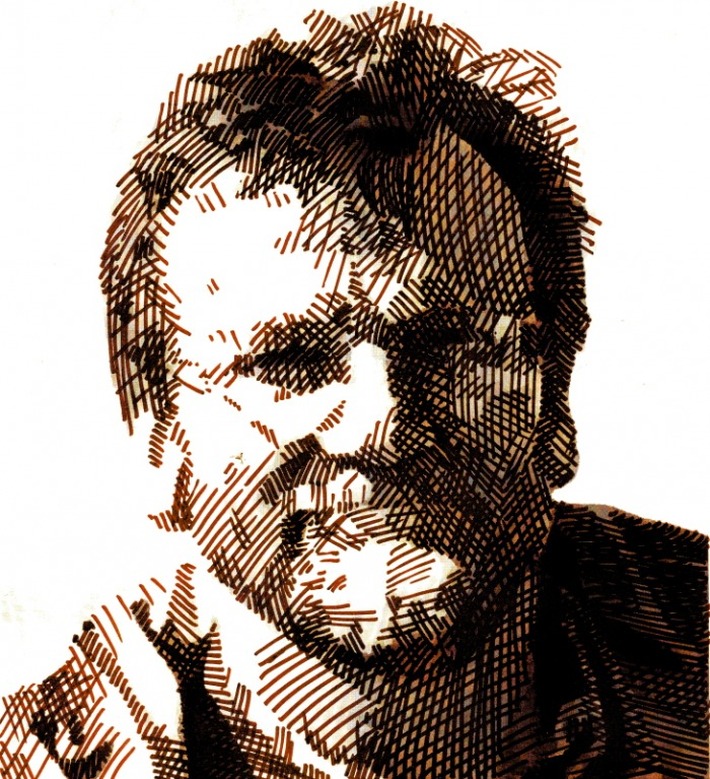