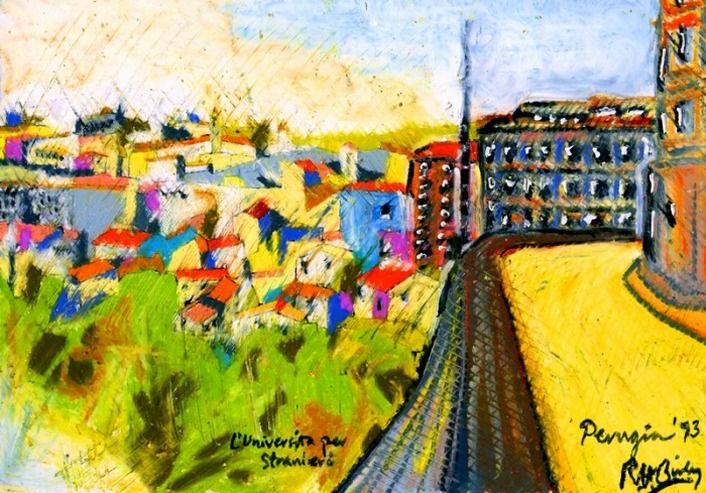 L'Universita per Stranieri, Perugia 1973
In my gap year I spent a few months in Italy, signing on for a language course at the University for Foreigners in Perugia. This is a wonderful, wonderful place, and a very strategic position for exploring the central part of Italy. We were taught Italian by the gentle and courteous Prof. Moretti, always meticulously turned out in a light grey suit, and endowed with endless patience as he guided us through the niceties of Italian grammar, always in Italian. We were a mixed class of nationalities, principally Australian but including many other Europeans, and a fair number of students from Iran. My first digs were in town, in a 'palazzo'. This was an apartment in an ancient square building with a hollow centre and balconies on all the three or four levels overlooking an inner courtyard. We were up at the highest level and our view from all the outer windows was over the ubiquitous orange/red roof tiles. Nowhere in the main part of Perugia was there anything other than original, old buildings. I shared a room with one of the Iranian students, and there were four more in other rooms in our apartment. The time was just before the Iranian revolution and I am absolutely convinced that my flatmates would have been part of the new Revolutionary guard which swept to power shortly afterwards. They were lovely people, passionate about politics and religion, somewhat inconsistent at times (naked girly calendars on the wall just above the prayer mats....) but great fun to be with. I remember one occasion when one of the students was taken quite violently ill after eating 'pizza ai funghi' [mushroom pizza] apparently by mistake, given that he was allergic to mushrooms. We all crammed into an ambulance to take him to hospital for a stomach pump! I also remember cowering in a shop door entrance as a mob of Fascists paraded through the streets -- at least it was a mob of aggressive looking young men shouting loudly and wielding iron bars. It only happened once and for all the rest of my stay I never saw anything remotely like it again.

The pattern of my existence during these months stretched out time to the full: I travelled to Siena, Venice, Bologna, Florence, Lucca, Pisa, my godfather's apartment in a little village called Benabbio 13 hairpin bends above Bagni di Lucca [north of Pisa] where, on Easter Day, I walked with the villagers a mile or so up the road to a special chapel bedecked with daffodils in which mass was spoken -- in Latin of course -- to celebrate the resurrection. And afterwards I was invited to join a family for an enormously long breakfast. This consisted of dish after dish for hours, with all the family members present -- three or four generations spanning nearly 100 years. A grandmother was in pride of place at the head of the table, and she was in her 90s; there were many 'bambini' some of whom were not yet two years old. In this village I experienced my first ever green pepper, savoured whole like a piece of fruit.

From Perugia I also went south as far as Orvieto, a superb hilltop city. I think I am right that this city was spared in the war in the most extraordinary way: occupied by a German force which was well embedded against the advancing Allied troops, the general in charge couldn't stand the idea of the destruction that would come about of this beautiful place. He parlayed with his Allied counterpart who agreed to allow him a few days to relocate his forces elsewhere, in order to spare Orvieto a needless destructive bombardment. I may have got this completely wrong, but I hope not! If you know any more about this, please contact me.

Of course I also visited my immediate environs which included Assissi, Gubbio, Lake Trasimene in which I swam to reach the island holding my clothes in a plastic bag, and the delightful San Geminiano (with lots of towers, and a church with the most wonderful frescoes depicting God and various disciples looking incredibly cross with cartoon like fretted eyebrows -- I have postcards of all of these and will post some of them on this site in due course.)

I thought at the time that I would return to Italy regularly throughout my life, but sadly I have never returned, chiefly I suppose because I decided long ago that air travel was not a good idea from an environmental point of view. I recently took a flight with my youngest girls and Sally to Prague for a week, had a wonderful time, and realised just what I have been missing all these years! So at Easter 2010 we will head off to Tuscany and Umbria where I shall visit once more some of the places from my gap year. I have many sketches I did at the time and I intend to work on these shortly, and I will amass more images when I visit next year.

Sally and I spent a fabulous week staying in an apartment in Perugia - a magnificent Etruscan city in the heart of Umbria - a stone's throw from one of the apartments I stayed in when I was here as a student 38 or so years ago. Not much had changed, in terms of the old city fabric: it is all knitted together such that change is well nigh impossible. We visited Assisi and Gubbio as well [and Pisa & Florence en route to and  from our airport in Pisa], and now that I am home agin I am beginning to draw on the images I collected and the results will be posted here as they are completed. 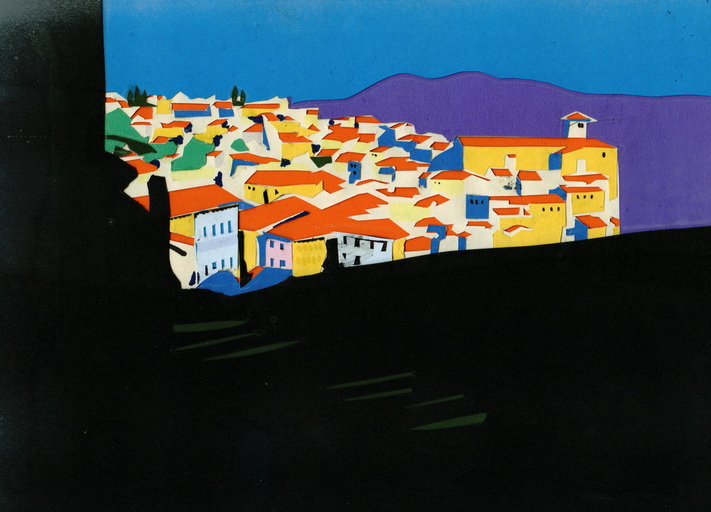 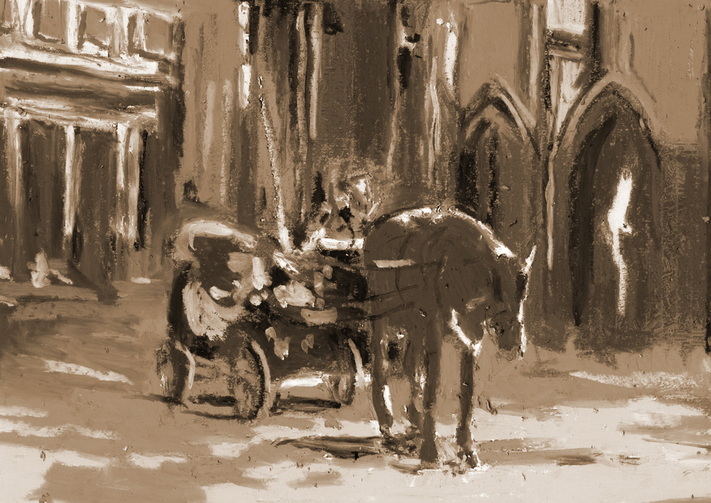 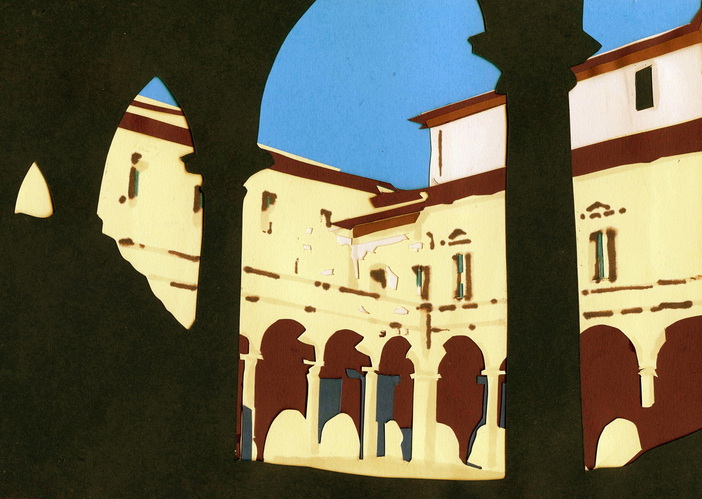 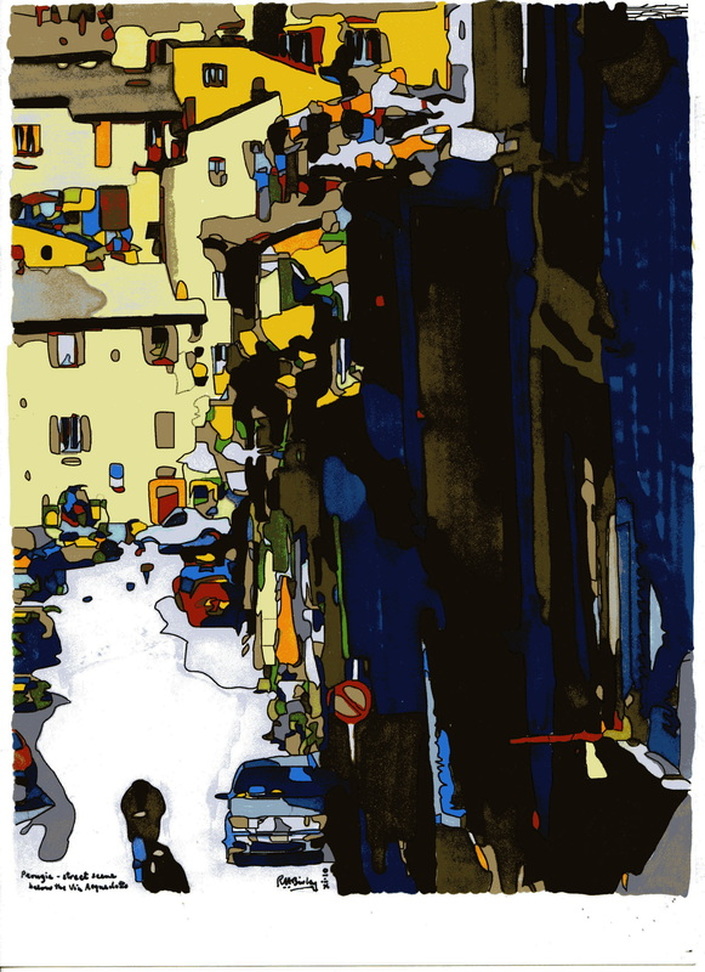 ​Perugia - the wall at the end of Corso Vanucci [papercut] 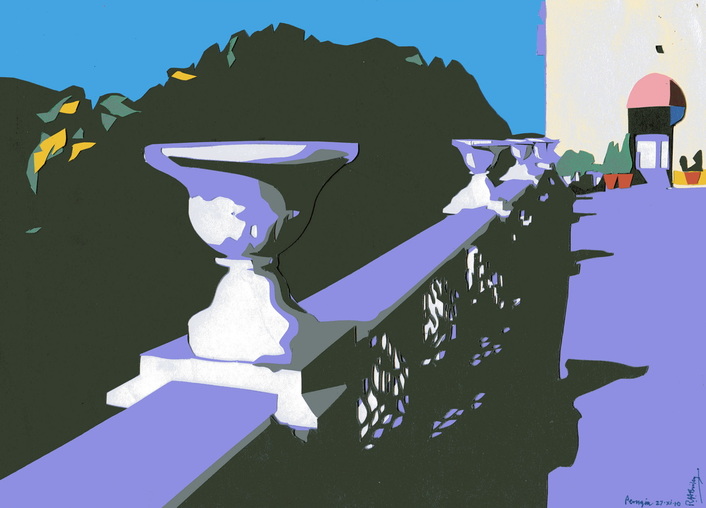 Perugia - the wall at the end of Corso Vanucci [papercut print] 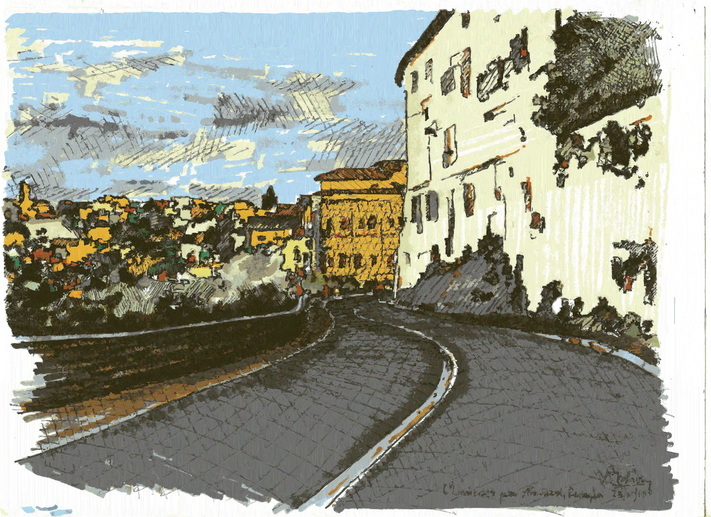